Second part of this little project to practice painting, weathering, and lighting. It's always a pity to work in the interior of a model detailing and painting it, and when it's finished you cannot see anything. That's why I want to illuminate it.

First I tried with red led, as the original TIE fighters seen in the film, but with a red light you cannot see any of the details: 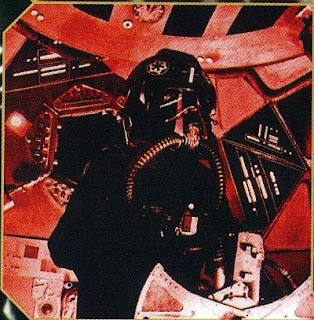 So finally I decided two install two led: warm white for the cockpit and red in the rear reactor. For that I used two short led strips (3 led length) where I cut the needed things: a resistor, one warm white led and one red led. Cutting them I can use the double sided tape to fix components in the interior. Resistor has been attached under the sit and a small hole drilled in the bottom of the hull, just behind the stand to hide the thin gray wires as much as possible: 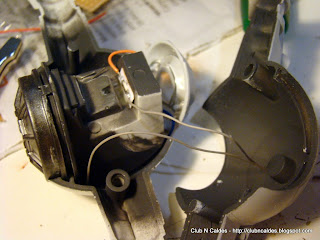 Wires are easy to solder at the sides of the smd led and resistor. If you are not sure about the polarity of led, use a tester in the "diode" position to check it first. Try to test the circuit before soldering completely and fix it in place.

White led has been fixed in the top, in front of the pilot. And red led rear the sit: 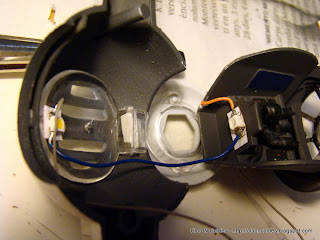 That's the result (before gluing the hull and the front canopy: 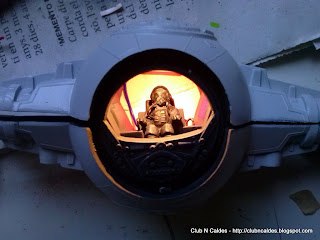 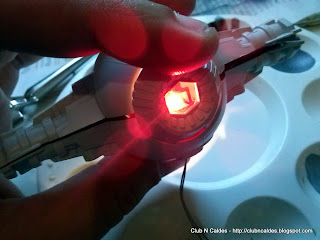 And once fixed, before plaster and painting: 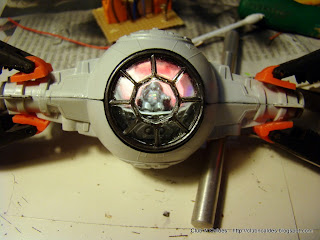 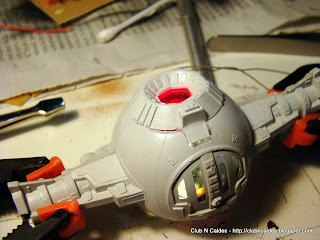 Now details can bee seen from any of the windows!!! 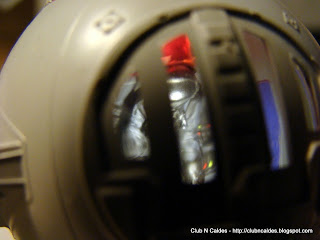 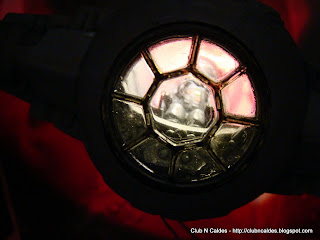 I hope you liked it, using led strips and cutting the necessary components it's straight forward to light a model, and the result deserves the work. 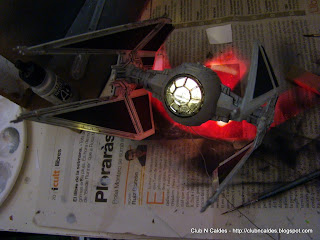