As explained in the 500 Type Eva Project web page, "2015 marked the 40th anniversary of Sanyo Shinkansen's completion inauguration, as well as the 20th anniversary of the start of the Evangelion TV series. To celebrate this double anniversary, the Shinkansen Evangelion Project was launched in November 2015. The Sanyo Shinkansen operates a 500 TYPE EVA train, created under the supervision of Mr. Hideaki Anno, Director of Evangelion, and designed by Mr. Ikuto Yamashita, Evangelion's mechanical designer. Additionally, while on board, passengers can enjoy content with the motif of the world of Evangelion."

You can see in the following posters how amazing is the design of this 500 Type Shinkansen, taking the image of the anime's main "EVA",  a humanoid mecha: 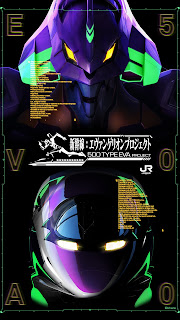 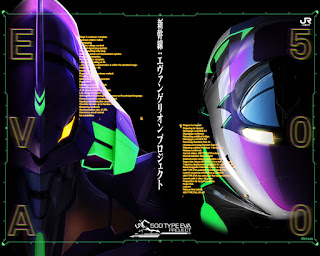 The design of this train is not only in the outside, but also in the inside. In Car No. 1, you can enjoy four attractions: Shinkansen X Evangelion Exhibit Panels; a Photo Spot; a Diorama; and Full-size Cockpit Riding Experience, a hands-on attraction: 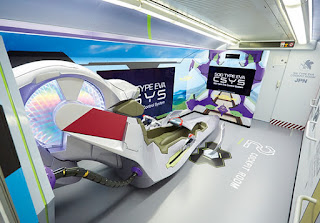 Car No. 2 lets you experience an interior decorated with the "EVA design.": 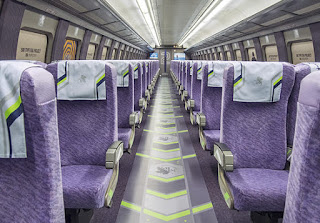 Kato was the first announcing this model release, but it could only be purchased in August 2016 during an train event in Japan. It was also advised that the model was using the previous 500 Type molds so it was not an exact prototype to the original one. It was only an special decoration, and the cost was 30.000Yen. Nowadays is still not possible to acquire it in regular shops, just directly to Kato through their web page.

Before Kato's release date Tomix announced they were also releasing this model, but with new molds reproducing the original in a more accurate way. Tomix model was also reproducing the first car interior and the preorder price was below Kato price.

In febrary I received the Tomix model and now is time to convert it for DCC operation. I'll be using a Doehler&Haass DH10 decoder (bought in decoders.es). Let's start with the motor car: 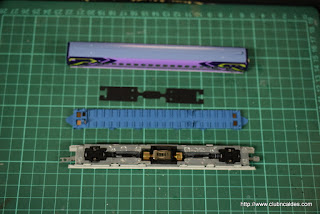 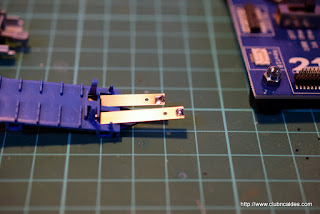 I have to do two small holes for the decoder motor wires. Holes are done in the place where they coincide between the two springs of the motor: 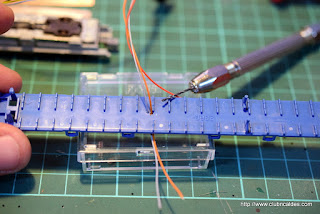 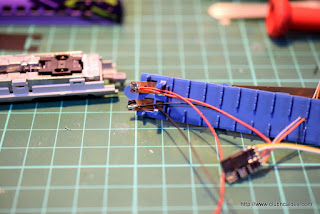 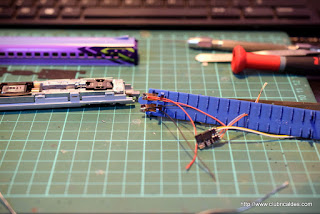 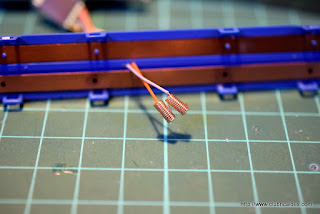 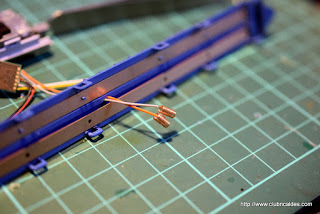 I checked the car works properly. Motor wires have been rolled in the spring firmly and keep isolated, there is no short circuit. Check always with your tester that motor wires are completely isolated from pickup current before putting it on the tracks. You can check it putting your tester tips directly in decoder pads, so gray wire has no continuity with red, black and orange. And the same with the other cables. 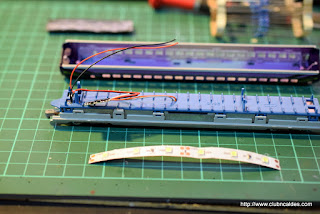 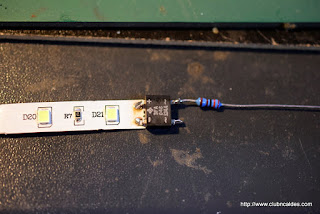 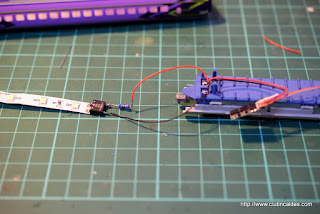 And now everything is ready. Stick the led strip to the roof and add a little piece of doble sided tape under the decoder and motor wires, so they keep in place and hidden from the outside when you close the car: 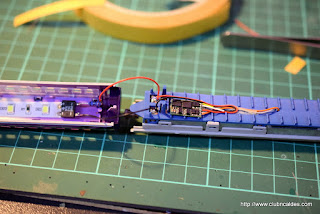 Cab car is also quite standard. To open it you have to unscrew the closest screw to the front, do not pull the hull before: 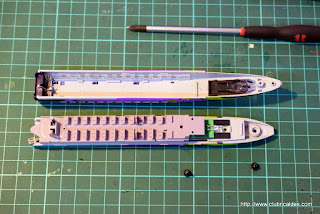 Then you need to unscrew the bogies also to release the seats board and access to the light board. Be careful to do not lose the tiny springs of the bogies, they easily "jump" and you can spend a full day trying to find it again: For the cab car I'm using a LaisDCC decoder. The motor wires can be configured in a way you can turn them on and off with the F0 (lights) button, can switch the polarity depending on the direction and the intensity is also adjustable. This has the great advantage that you don't need to make any kind of modification to the light board. No led switching, no extra resistors..... just isolate the board and connect the motor wires (orange and gray) to it. 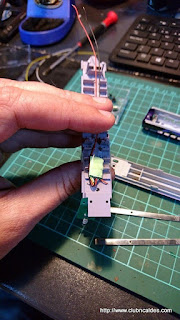 I make 4 little holes in the seats board to pass the decoder wires to the led board: 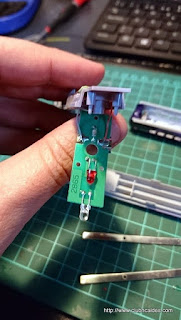 The light board has two metallic pads that you can desolder and this isolates the board, but to make it safer add kapton tape to the pick up current metallic strips. 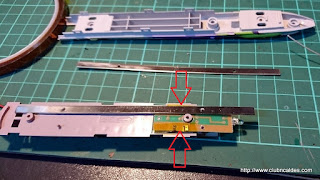 So motor car and one of the cab cars are ready, I'll continue with the rest of cars later: 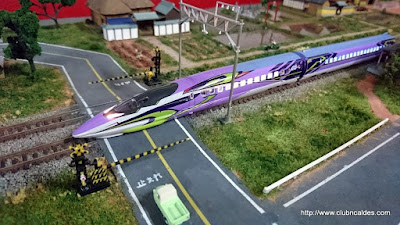 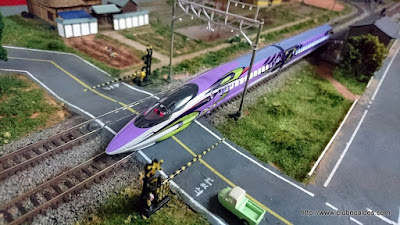