Dear all, today will be a date for me to always remember. Track laying works have finished and now all tracks for the complete routes are in place. Finally I can see trains continuously moving, and not just going and coming back. 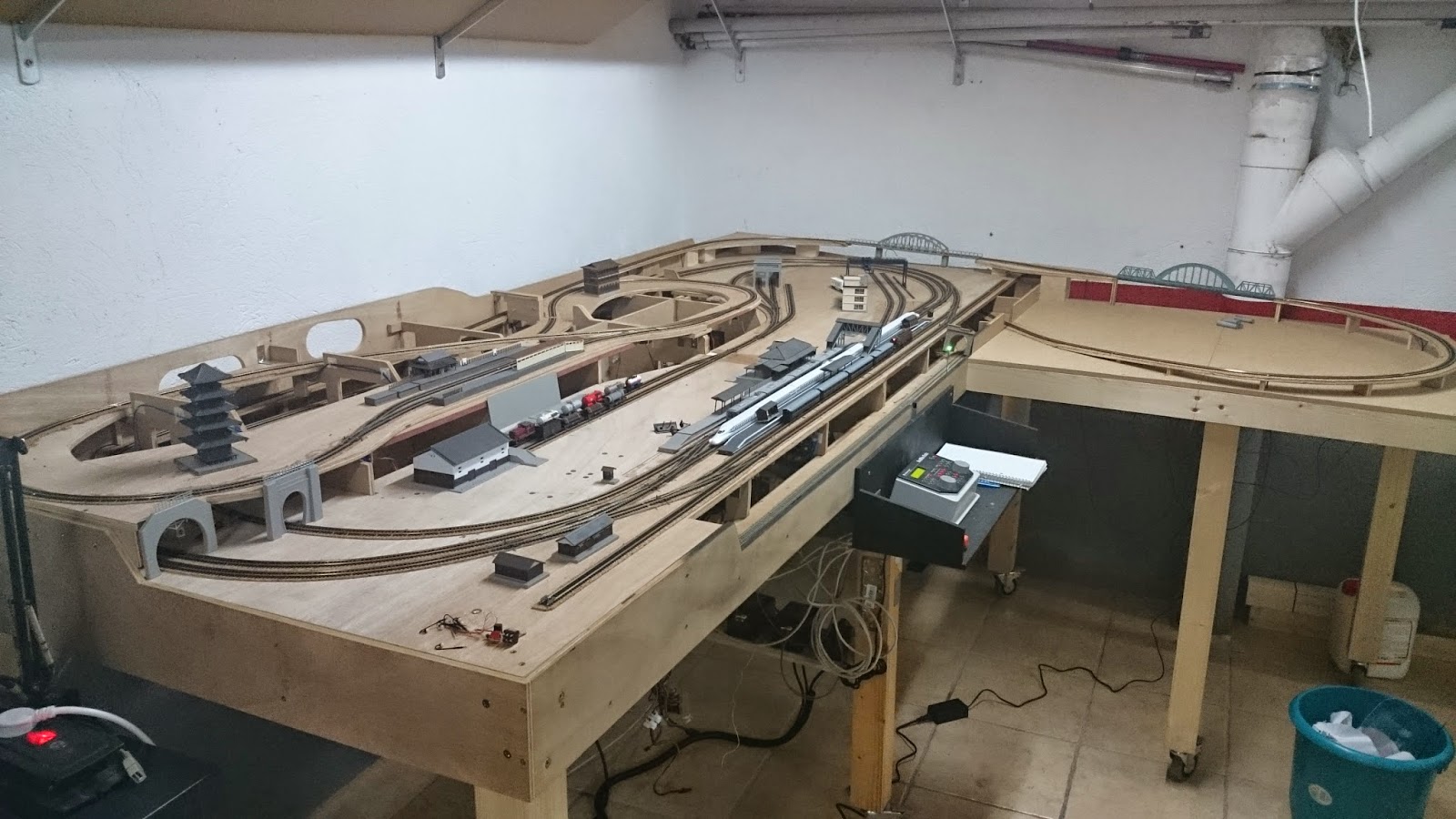 All this started exactly 5 years ago. Yes, I'm not the fastest railroad modeler, but everything has an explanation.

First year went away just reading posts from different forums, magazines, catalogs, ... I also bought some books, one of them was a track plans book from Minitrix. That was one of the best investments I did as it gave me many ideas to plan my layout.

I also asked and searched information about how to build a solid structure, software to make the drawings, I found there are different "codes" in same gauge (code 55 and code 80), and I compared many manufacturers to decide the type and geometry of rails to use. I was just posting questions in forums, and I was unable to answer or help anybody.

During all this time I made many versions of the track plans, and in the last versions I moved from Minitrix to Peco code 55 geometry:

And finally all ended up in this track plan: 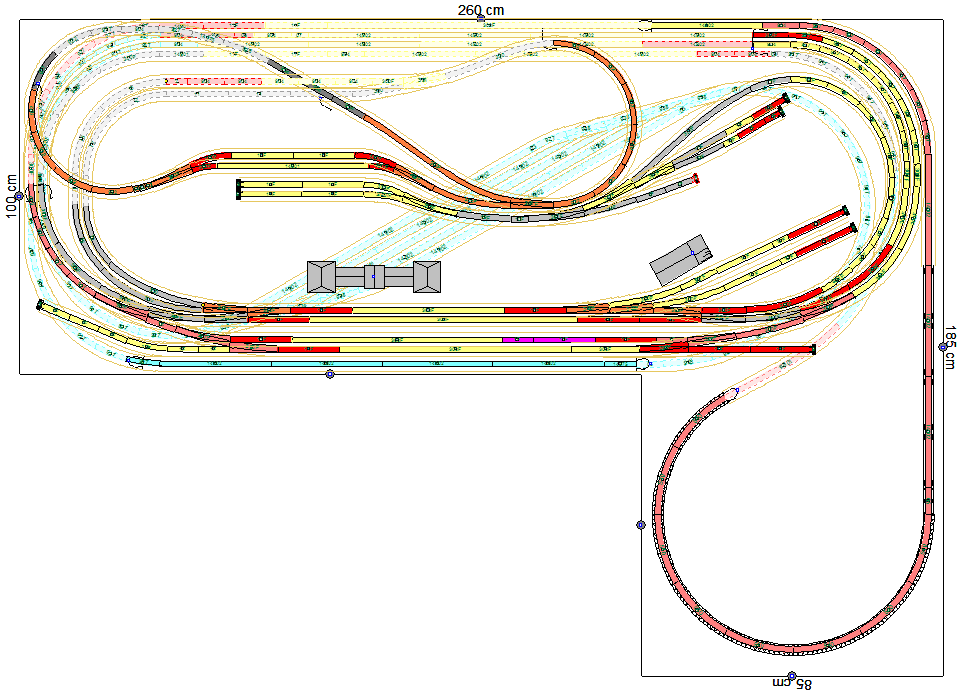 About the structure, "open frame" seemed the most comfortable method to build, but I decided to print and cut ribs to make it really adjusted to the plans, so I went for the difficult option: 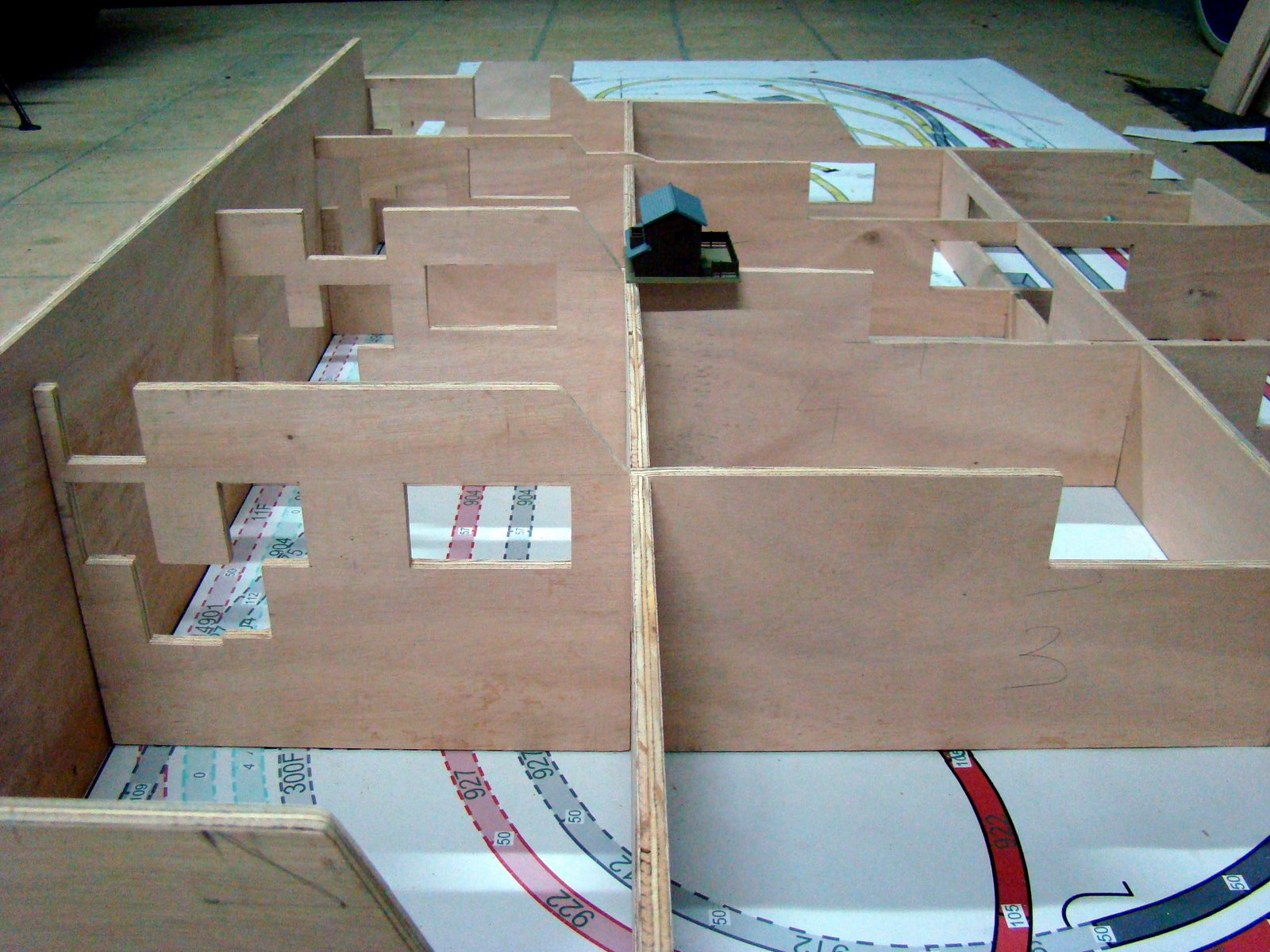 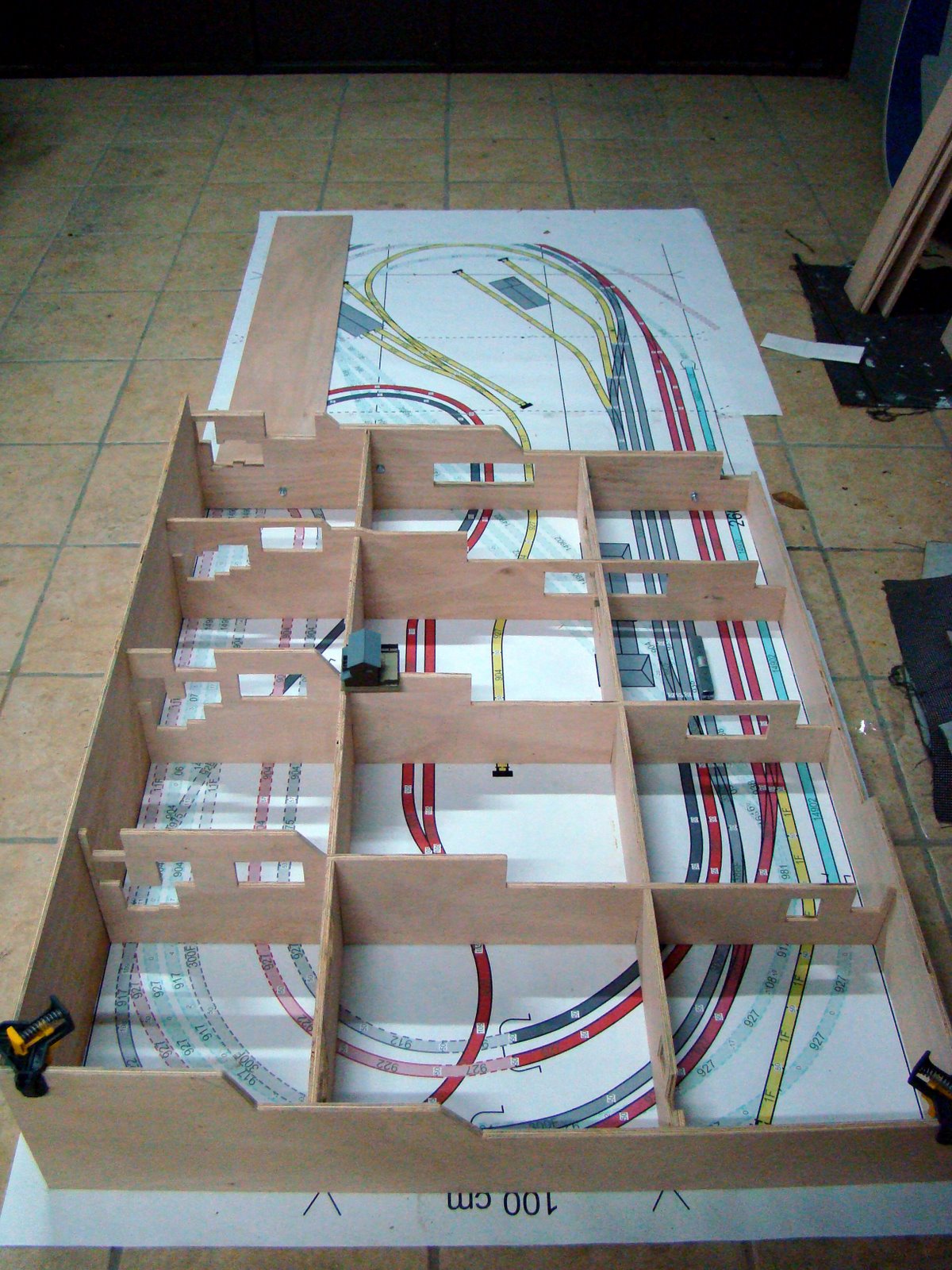 And suddenly, when building the structure during the second year, I discovered the Digital world in trains!!!! Another stop, I should check again how to lay the tracks, how does it work, are there different systems, which is the best one?..... yes, I'm a little bit obsessed, I cannot just pick one of the options and go, I must convince myself first that I'm taking the right path. A lot of time after I realized not all my decisions where correct, but at least you must be convinced of that to begin.

I bought an Intellibox basic, one retrosignaling module, one outputs module, and in a small board I mounted a small oval with two switches and a two aspects signal. And started to learn how digital systems work, tried several software.....

And another decision was made: Rocrail and Loconet bus. It was not the best software (on those ages), but the concept of freeware and share your work (remember this is a hobby, not a business) attracted me. That's why I have a blog, and not a hobby shop in internet. Loconet bus was a property of Digitrax, but many manufacturers where using it and also self made boards were possible. I felt it was starting to be a quite open standard.

It was time to continue, and the first rails where fixed to the board over the structure. I made my vacations to Japan (I'm a fan of japan, its culture, language, ...), and I discovered they are absolutely crazy about trains!!! And they share our N gauge, but at a different scale (1:150). So, I reconsidered again all my layout to make my little Japan at home.

In the last two years I had to move my layout to the basement, it was too large for the room and became too difficult to access the rear part. I was also not convinced about Uhlenbrock Loconet Modules, and I found Peter Giling boards. High quality boards, low price, professional and smart design, and the widest range of modules and digital solutions for your layout. Moreover, it is possible to buy just the boards and solder the components by yourself.

And a friend, who masters electronics, was guilty for the last interruption: he showed me an Arduino and explained me it was an open source platform, it had infinite possibilities, there was a page explaining how to connect it to Loconet... so I spent another year more or less playing with Arduino, making a station announcer with it, controlling lighting and sound, building your own controller ... and having a lot of fun with it.

And yesterday, the last section of track was fixed and the oval closed. Now time for decoration, illumination, and many other works start!!!!

THANKS TO ALL THOSE WHO SHARED THEIR WORKS AND KNOWLEDGE, AND HELPED AND ANSWERED ANY OF MY QUESTIONS!!! THANK YOU.