Two years ago I visited the Catalonia's Railway Museum, sited in Vilanova i la Geltrú at 50 Km from Barcelona. It's a very recommended museum to visit for all kind of people of all ages. They do a lot of activities every weekend for students, kids, and not so young people. The access is not expensive and they have many promotions including discounts for railway tickets: http://www.museudelferrocarril.org

Museum was created in an old steam depot founded in late XIX, and keeps the original buildings and facilities like roundhouse, water depots, .... so you will have more to see than only locomotives. 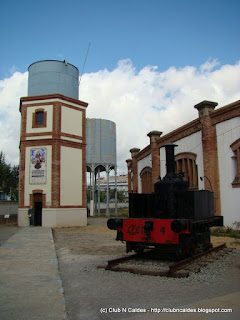 Entering the main building there is a video-projection room where you can see restored films and documentaries, and many railway related artifacts and devices. The following photo is the interlocking table used in Barcelona's "Estació de França" in 1929. 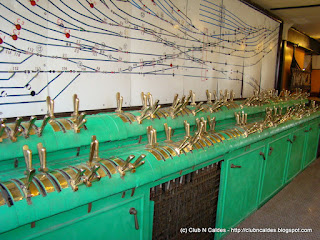 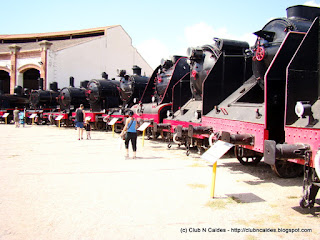 There are also newer locomotives like 7800 series "Panchorga" built in USA, 7001 series "Chata", Crocodile, and our most charming and nostalgic train in Spain "Talgo": 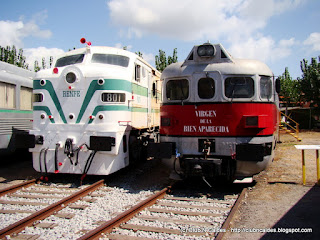 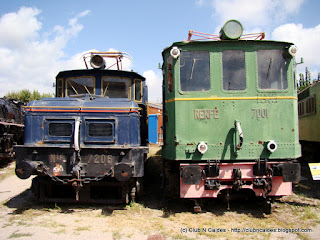 But there is a very small locomotive well preserved inside the roundhouse which is very special for me: "La Caldes". It's the oldest locomotive built in Spain with its syster 0232 manufactured by "La Maquinista Terrestre y Marítima" for the Barcelona-Sarrià railway. When the "Ferrocarriles de Catalunya Company" acquired, electrified and narrowed the line, both locomotives where sold to the Mollet-Caldes de Montbui railway, passing through my native town. My grandmother used that train and when I was a child she told me very funny stories about its slowness. They were able to jump out the train, pick some blackberries and get on it again. Finally, the bus service provoked that small line to disappear before I was born. 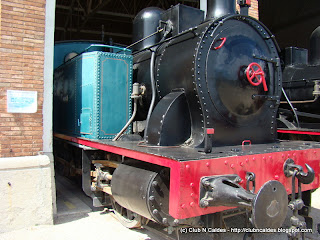 There are also some old maintenance vehicles, like this Landrover ready to run on the railways: 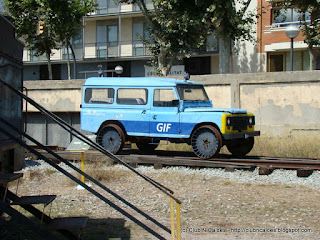 Finally, the activity of that Sunday was the running of Mataró 1-1-1 locomotive that you can see in the following video:


Published by Dani - ClubNCaldes No comments:


First of all let me remind you again the fantastic page "Wiring for DCC", here you will find all the information you need. But I'm using a simplified wiring version in my layout that doesn't need cuts nor jumpers in the turnout.

This simplified versions is thanks to the modules I'm using to drive the servos and feed the turnout frog. A typical problem is when polarity is switched when servo movement starts but point rails hadn't enough time to move away of the curren side. This provoques a short circuit, and the same short circuit is produced when polarity is changed at the end of the movement.

I tried also some turnout control modules changing polarity in the middle of the movement (Uhlenbrock), but unless you fix the servo perfectly centered (quite difficult in our scale and the size of servos and turnouts) you will provoque again more shortcircuits.

This also affects in the way turnouts are wired simplifying installation, and it's as simple as using isolated joiners in the frog rails and wiring the frog feeder under the turnout. 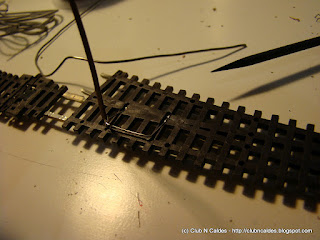 Peco code 55 turnouts have a frog jumper (the wire you see embedded in a rectangular shape) that you can lift easily from the side, solder the frog feeder in the edge (there is a bit more of room) and embed again in place. 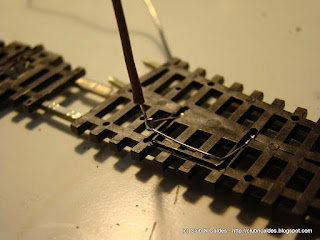 I used Vallejo Model-Air color for airbrush, and I have to admit these paints are great. No need to dilute, great application and adhesion, and metallic colors are just awesome!!! 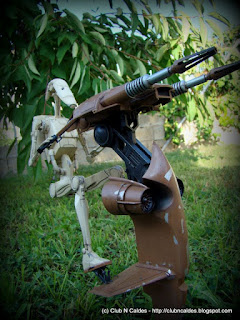 I did some washes with acrylic black paint diluted in airbrush cleaner. I use the acrylic paint that comes in tubes, like oils, for washes. Texture is very similar to oils and it has a really weathered finish. 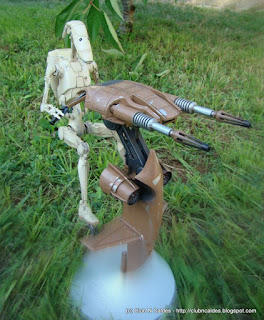 I also did some drybrush, mostly in dark grey parts of the STAP with aluminium color. Engines' noozles (reactors) where filled with magenta ink (from citadel) and drybrushed with metallic color. It has a red shiny finish with which I'm really satisfied. 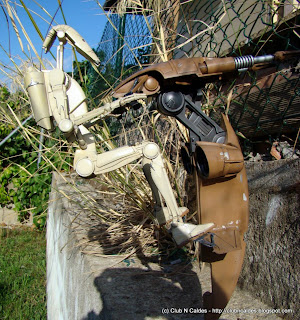