I've been installing servos in the firsts switches of the main level. I'm using an Uhlenbrock servo decoder with relays (to feed frogs). Servos (also from Uhlenbrock) are not the best by far, but they come with two different supports (aluminium angles), 3 different bars and mounting screws. 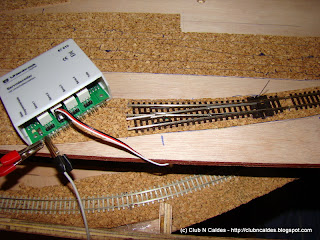 Decoder is not LOCONET compatible. It is wired to the DCC loop but it's also connected to an independent power supply to avoid the typical servo initial movement if you have to cut the power from the central station to the tracks in case of derailment or short circuit. 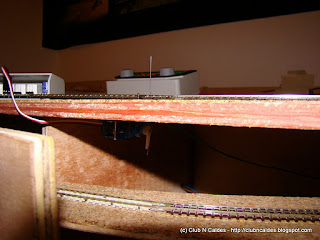 4 different positions can be programmed for each servo and assigned to a different red or green key. Also speed and bouncing effect (for barriers) is configurable. Decoder can be configured from the station (in CV program) or directly pressing a button in the decoder.

That's the first test, the movement can be really realistic:

All the hidden tracks have been laid and tested, so it's time to cover them and loose the comfort that gives you the possibility to work with the frame opened.

I tried to find a way to do it to be able to dismount it in case of "emergency". And the only possibility was to screw the base instead of gluing it. And it's been a good idea because it's faster and stronger. There is also the advantage to be able to level it. For sure it will not be easy to dismount if some day it's needed, but at least there is the possibility without breaking a lot of things.

The first thing to do is to be far-sighted and lower some notches on the top of the ribs for passing wires. Make a big hole if you preview access from the side can be needed (big enough for your hand at least). It's still difficult to know how many wires and where will they go through, so my recommendation is to drill four notches in each rib crossing like in the image: 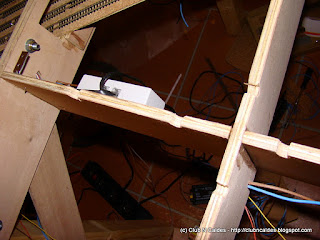 In order to fix the base board I used metallic squares screwed to the ribs. In the base board I drilled a hole for each square and countersink it. The inox screws I'm using have conical head so once in the hole they are leveled. 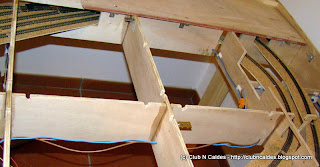 These are the tools and material used: 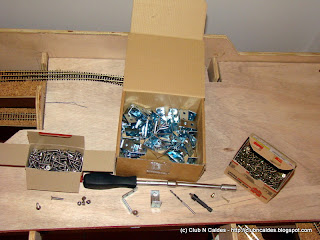 My BR260 started to do something really strange. It was loosing power progressively. Each day it was able to pull from less wagons. Finally at full throttle started to move slowly and after few centimeters stopped.

I can't figure out why it needs resistances, reel and other electronic stuff to run a small train... I tested the motor and it runs perfect, I also installed again the dummy and the wrong behavior was also reproduced in DC.

Finally, I removed everything and install a simple NEM connector and a Decoder. Now the nurse discharged the patient. 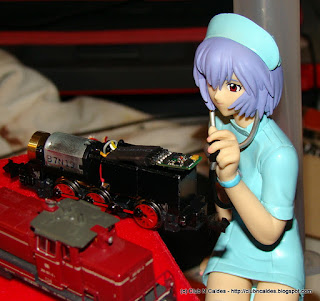 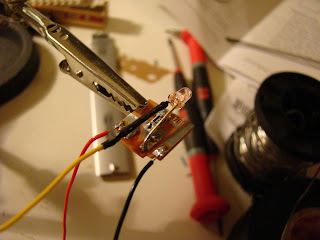 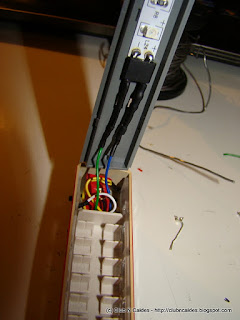 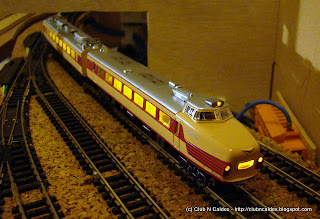 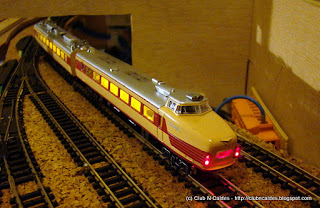 
That's the only translated information found about Shioji (from NewHallStation):


And these are the only original photos I found (source: 休憩室): 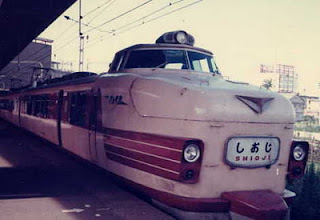 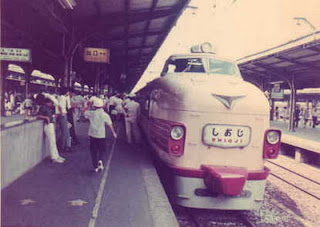 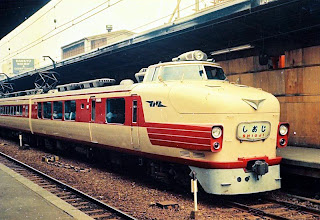 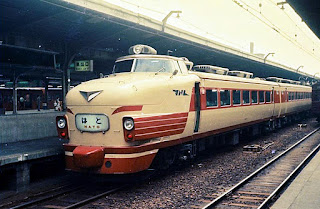 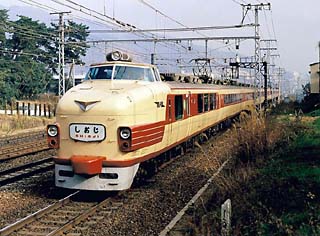 And the model I have is from Kato: 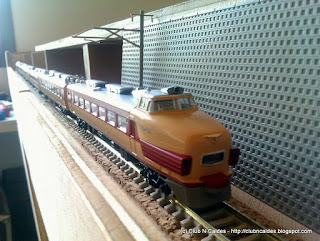