This is a 167 Series Tamachi Accommo. Accommo refers to "accommodation", as it received reclining seats from retired 183 series, and was based out of Tamachi depot, being used on various chartered services, most notably on school excursions to Nikko, up until about 2003. It's a simple nice model with directional lights. 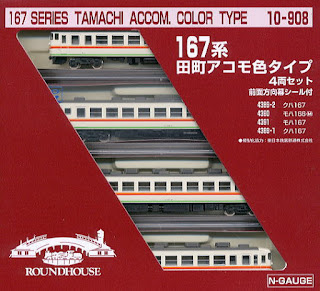 First of all, I opened the cab/end cars. It's not as the normal Kato cars in the way the body is clipped to the chassis. There are 4 clips in the bottom and it's not subjected by the lateral parts. 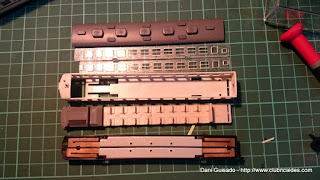 The light board has two plastic covers on it very easy to unclip. 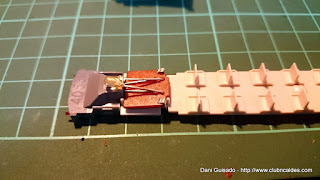 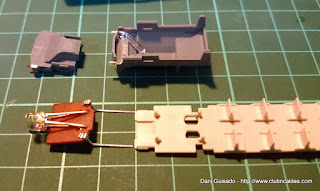 I removed the light board and cut the two legs that take the current from the wheels. In these points, I soldered the grey and orange cables from the LaisDCC decoder and passed the red and black cables through the holes where the legs of the board where inserted. LaisDCC decoder have a very useful feature like some TCS and Lenz decoders. This feature is that you can use motor wires as a function output and it can change the polarity depending the direction of travel. It's also possible to adjust the intensity at the desired level. 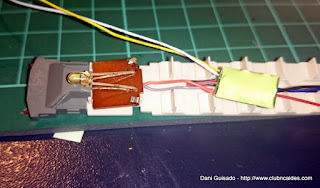 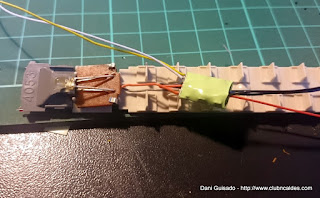 In the red and black wires I soldered a short cooper strip that will be in contact with the car strips that take the current from the wheels. In this way the car can be opened with no risk of pulling the wire and break it. 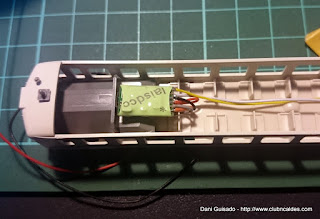 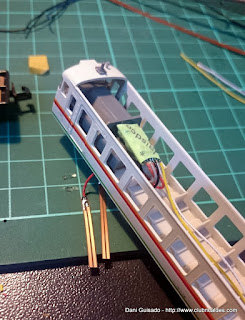 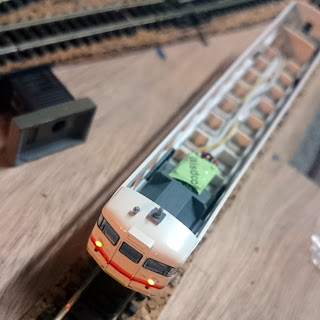 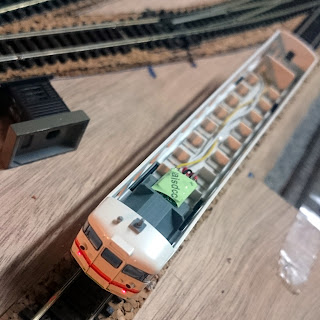 The motor car is easy, exactly the same as the normal EMU Kato cars, just isolate the motor plates and solder wires. I use double sided tape to fix decoder in place and keep cables close to the floor.

Here you can see a real one in motion:

I bought the 50th Anniversary Series 0 Shinkansen, from Kato. I found it was a very cheap model. It was cheap as a regular shinkansen, but even more taking into account that it is a 50th Anniversary edition. But when you open it, it's easy to understand: bad motor, bulb lights...

Let's start by the cab and end cars. There is a schema of how to open this car in the instructions sheet, but if it works at the first attempt it will be a miracle. First of all unscrew the bogies. Then you have to lift and push to the front the casing, but I found it was impossible to remove because of the windows. So I had to remove the windows to be able to open it. Closing it will be also a pain... 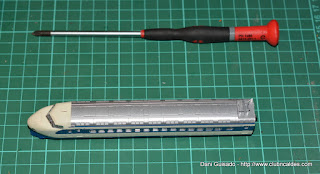 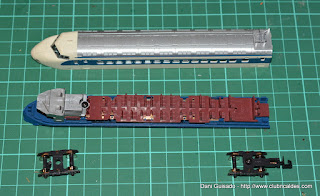 And opening it is the hardest work. For the light just cut and remove the two diodes. As it has bulb lights, you don't have to deal with the polarity like led. 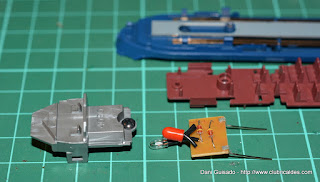 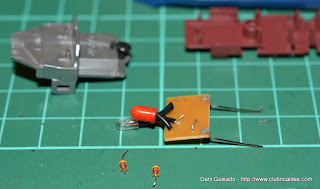 In the bottom part of the board, solder the red and black wire to the current pick up strips. One of the pick up goes directly to the common of the lights. And white and yellow wires go to the other leg of the bulbs. In the following photos you can see the exact points where to solder every wire, you don't need to make any cut to the cooper paths. 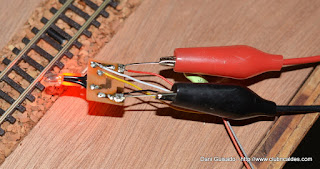 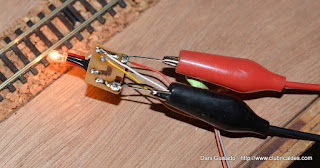 And that's all the work, all wires of the decoder are soldered to the light board. Just mount it again. And there is room enough for the decoder. I used a LaisDCC decoder, it's a very small decoder and fits perfectly. 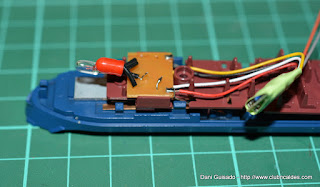 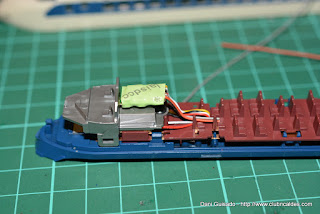 And that's finished, both directional lights depending on the direction of travel. Motor wires where cut, that makes impossible to read CV, but for this decoder is only needed to write the CV1 with the desired direction and nothing more. 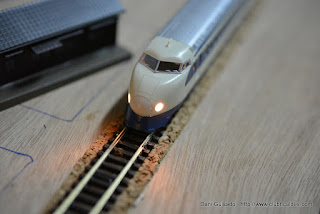 The motor car is also very easy. Isolate with Kapton tape the motor leads, and solder in the right place the black and red wires (current), and grey and orange to the motor: 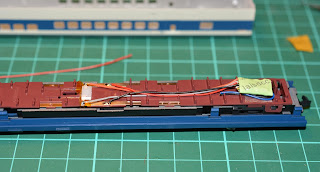 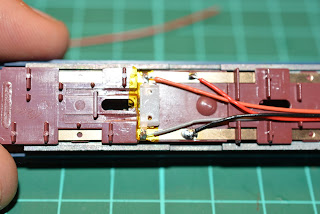 I hope it has been useful for you.