Today I've been invited to visit the association "Amics del tren de Martorell" (Friends of the Rail from Martorell). Martorell is a small city close to the south of Barcelona, where this 30 years old association is sited. http://www.amartorell.com/afmartorell 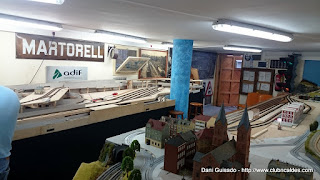 Joan is one of the members in charge of the association and is now working in some parts of the H0 scale layout. He got in contact with me because he wanted to exchange our experiences in digital rail road modelling and in particular about the use and possibilities of Arduino in this field. Joan is one of the most experienced modellers I've ever meet in person and has been dedicated to rail road modelling during a huge amount of years, but you can see on him the same illusion and vigour of a newbie. I showed him my programs and how I use Arduino in my layout, and Joan told me a lot of anecdotes and funny histories about his extended time dedicated to trains and the association. A short meeting of one hour became three, being totally unaware of the time. And we had to leave because Joan had the compromise to mount his modules for the train fair is held tomorrow in Gelida, and he was already two hours late because of my visit.

The association had to move recently from the previous place they were, and they are building new layouts for the club members. This first one is an N scale layout: 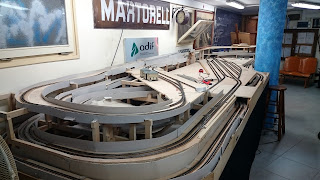 And the following photos is the large H0 scale, including a H0 narrow section and tram: 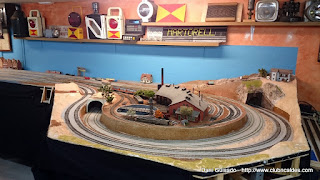 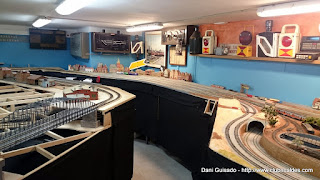 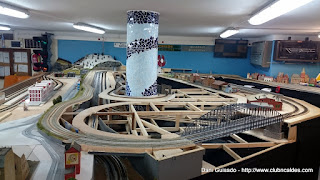 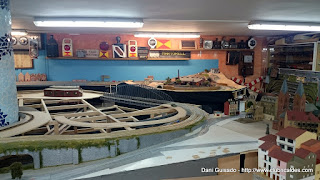 They have also a very good and interesting collection of old models given to the association by some of the members, and a nice library full of books, magazines and videos. 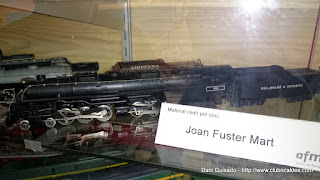 I hope to visit the Martorell Association soon, and continue talking to Joan and may be run some trains to test their new layout, hopefully "Arduinized".