I wanted to rest a little bit of laying tracks, mounting electronics, wires, soldering, ... so I began some tests to decorate a short piece of track: ballasting and painting plastic parts like poles, relay boxes and cable trunking mostly, and I also tried to create a concrete wall from a styrene sheet.

I tried to apply some painting techniques used in large scale modeling, mostly in tank or airplane modelling, to make plastic parts less "plastic" and more realistic. The result is good to the eye, but taking close shots with the camera it shows it's necessary to work with magnifier and thinner brushes if you want similar results.
Here you can see poles just painted using an airbrush (gray and green shadows for the pole) and with a normal brush for the small parts (metallic and white). Previously I painted them with black primmer in spray can: 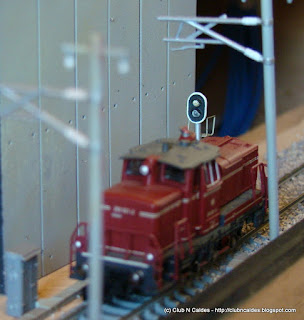 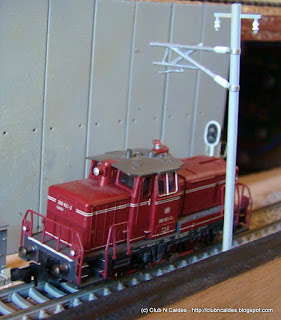 And here poles weathered. First I tried to eliminate brightness with gray pigment, and later I applied some rust effects to the metallic parts: 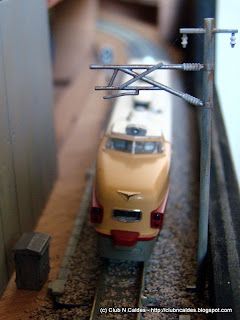 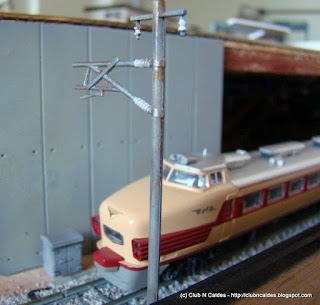