Great advances in Arduino and Loconet !!!

I'm excited to be finally writing this post! I've been for a long time working to find a way to connect Arduino to Loconet network and be able to develop my own modules to create special automations in  the layout. Now this is a reality and with great examples.

If you read the first posts about this, I started using a GCA50 board (from Giling Applications) with just the minimum components needed to act as a Loconet interface for Arduino. I was using on that time the first version of the MRRWA libraries for Arduino. Thanks to the examples included in that library programming your own module and interacting with all the components of the layout is a mere child's play. Beginning of this year a new update for the Loconet libraries was released, and now the MRRWA libraries come with even more examples.

Peter Giling took this idea of creating a Loconet shield and developed a prototype board that I tested, and from two months ago the professional boards are available. Its official name is GCA185: 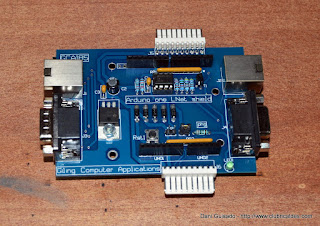 In my opinion this shield and the use of an Arduino is not to replace neither the basic sensor modules nor the outputs module to manage switches (coil or servo motors). The current boards from Peter Giling for those tasks (GCA50, GCA93, GCA77, GCA136, GCA137) work perfect, are smaller, specialized in the function they develop, and not more expensive than trying to reinvent the wheel with an Arduino.

But once you cover the basic needs of a digital layout which are detecting trains and changing switches and you want to go to a "show level" and add sounds to stations and factories, manage the illumination of the layout independently from the PC software, create ambient light and storms, or whatever automation you think, an Arduino with this Loconet shield is able to do all the above and more.

Connecting your Arduino to the Loconet network, it will receive in real time the information of what is happening in the entire layout: detections from the sensors, loco functions, all instructions sent from the command station, software or throttles... But even more, it will be able also to "talk" and not just "listen" to the other components of the layout, including moving or stopping trains, changing switches, activating lights or locomotive functions... And if you add the capabilities of Arduino to use an infinite catalogue of sensors (temperature, infrared, RFID, proximity,...) and devices (wifi, bluetooth, speech engines, mp3 players, displays, keyboards,...) the possibilities of  what you can do in your layout grow in an exponential way.

If that's not yet enough, the shield includes two MOLEX connectors to make use of all "interface boards" developed by Peter Giling with the perfect hardware to detect train consumptions, reed sensors, wheel counters, relays,...

And the last but maybe the most useful feature of the shield is the possibility to feed the current for Arduino from the Loconet conectors, and you have both type of them: the standard RJ12 used by Uhlenbrock or Digitrax, and DB9. That last used by Giling boards and much more reliable and with an extra power line of 12V and 3Amp if you use a Loconet booster like GCA101. The shield also has a voltage regulator and can feed all the shields through its own voltage regulator. 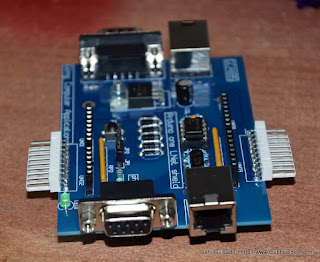 I finished this week a stable version of a software for Arduino and the Loconet shield that turns it into a Sound Module (able to play stereo MP3 files assigned to standard output directions each one) plus 16 outputs for illumination or other devices. In the PWM pins is possible to adjust also the intensity and fade effect. And all is configured via LNCV mechanism like any other Uhlenbrock module, so you can configure it from the Intellibox command station or Rocrail software without requiring to upload a new program in the board or access fiscally to the module.

In next posts I'll be sharing my finished Arduino programs and ongoing projects, which include crazy things like using a Densha-de-Go! Playstation controller to drive trains in a digital layout, or manage ambient lights to create weather conditions. 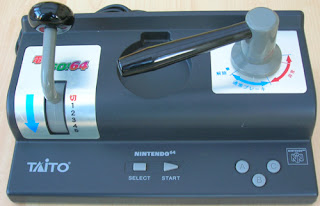