Following my previous post, I want to install interior lighting to the Banetsu Monogatari cars that will run with the C57-180. The cab and end cars also have rear lights (only the red light), so I will install a decoder too.

I tried Kato interior lighting kits, but they do not fit in this car. I guess only old models can be used, therefore I'll use led strips of warm white color with a 2.2kOhm resistor added to simulate an old light: 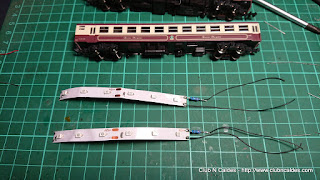 The strip is soldered directly to the current plates of the car: 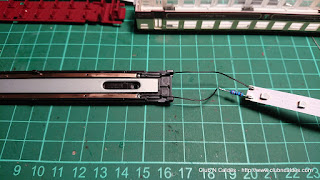 Then stick the strip under the roof in the right position to close it as a clamp, keeping the wires as short as possible. I used black wires because in this way is really difficult to see them through the windows: 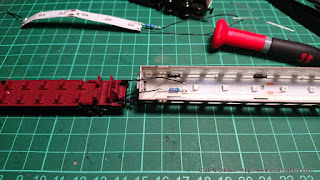 You can use the same procedure for all cars, including cab and end cars: 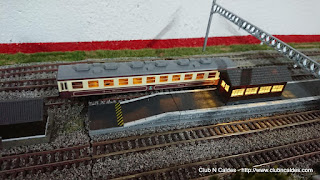 In order to save decoders, I disconnected red light from the front car and I will install a decoder only in the final car. To open it, better lift the rear part of the shell and pull from it to the front: 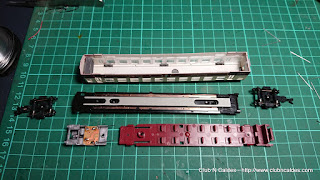 From the same light board I take the current for the decoder. The only modification needed is to cut and remove the diode. In this way one of the leads will be automatically isolated from the rail current, and there is were I'll solder the function wire: 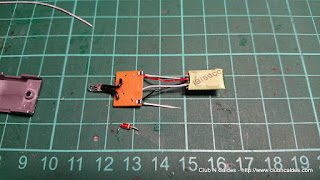 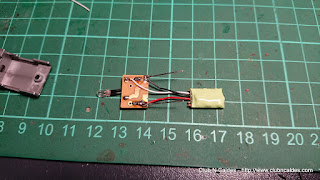 Here the board with decoder already in place: 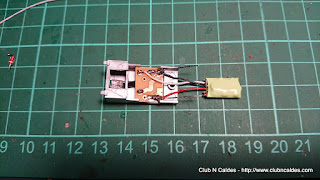 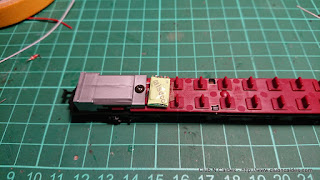 And work finished! I like the ambient of the light of these led strips, and it's so cheap that you can illuminate dozens of them with a few euros of investment. After some years I decided to do not install decoders for interior lighting. I realized I never turn the lights off, and it's a lot of money that you can use for more profitable things. 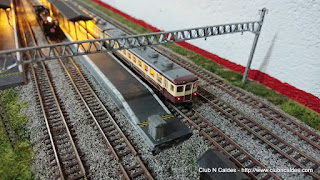