Hi All! In this post I'm not showing more digitalizations, basically because I run out of decoders.... but I have a more interesting issue: the new board from Peter Giling GCA50_AN 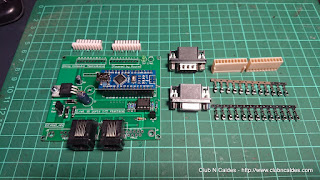 And what is this board used for? Basically it is a Loconet interface for Arduino NANO. Probably you saw in older posts the board GCA185. You can check as an example how to build a 8 servo module with frog polarization and turnout feedback using that Loconet interface and Arduino UNO:
http://www.clubncaldes.com/2016/03/arduino-8-servos-module-with-feedback.html

It's basically the same board but instead of being an standard Arduino UNO shield shaped board, it is a base board for Arduino NANO giving you the same functionalities:

It can be used as substitution of the old GCA50 board, but having Arduino connected to your Loconet bus and being able to receive and send any Loconet command, you can build any type of device: throttles, sound modules, illumination, turnout control, automation, signaling...

Club N Caldes has all the system based in two of the most famous standards (DCC and Loconet), but everything implemented in Open Source and Open Hardware platforms like Arduino. 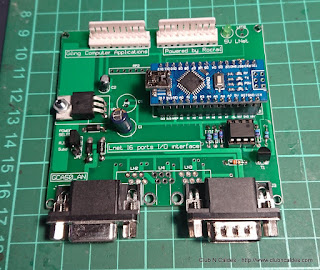 This board has also an extra feature: it fits in a Littfinsky LDT-1 box like GCA51: 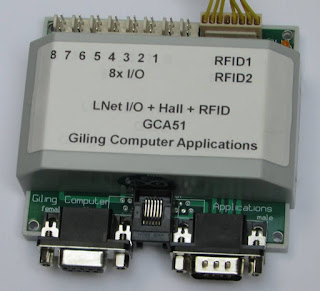 Here you can see how I tested the board connected to two of the most used boards form Peter Giling: GCA93 ( 8 port current detector) and GCA77 (Interface for turnout coils and illumination): 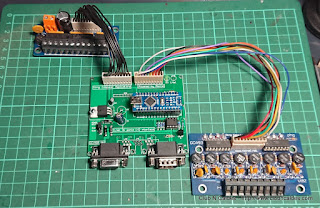 Make sure the jumper is properly set, depending on how you connect the board to loconet (using the DB9 connectors or RJ12): 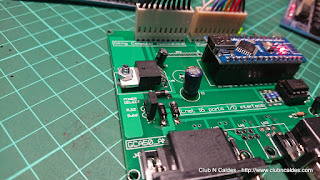 HOW TO PROGRAM AND SET UP THE ARDUINO

First of all you will need to upload the desired firmware to the Arduino NANO board. In this case, the example is with the SVLocoIO firmware which is the firmware we created in Club N Caldes as the standard module for illumination control and sensor feedback. You can download it freely from the public GitHub of Club N Caldes: 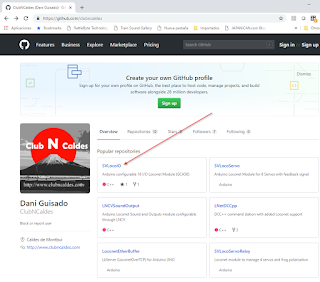 After you downloaded it, open the sketch (sketch is the name used in "Arduino" terminology for the programs or firmwares) from the Arduino environment: 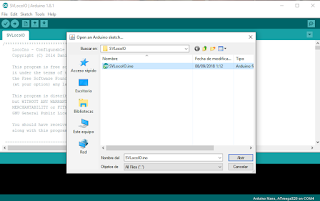 Make sure the line of code below is commented or directly deleted to use the software with GCA50_AN or GCA185 boards: 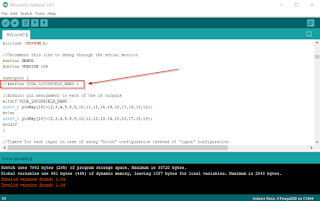 If your module was not connected yet to the computer, it's time to do it now using the USB cable. It doesn't matter if your module is also connected to the Loconet network or not, and you don't need to unplug the Arduino from the base board or disconnect anything, everything is safe.

Check in your Arduino environment that Arduino NANO board is selected and the right USB Serial port appears and it is checked: 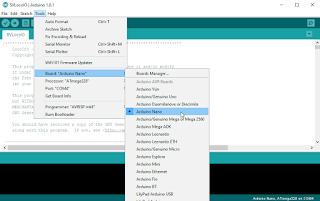 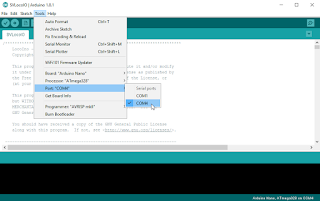 Now you can select the Upload function from the Sketch menu or click the second button with the right arrow symbol from the tool strip menu. If everything goes ok, it will show the message "Done uploading" in the bottom strip, ignore the rest of messages: 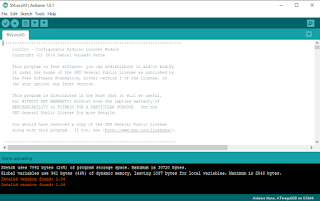 I assume now that your GCA50_AN board is properly connected to your Loconet network and Rocrail is also running and connected to your layout. To set up the module functions, select the GCA50 configuration option from the "Programming" menu:

Clicking the Query button from the Addresses tab it should appear the module 081/001, this is the standard address for any new module (that you should change immediately to avoid conflicts with a new connected board): 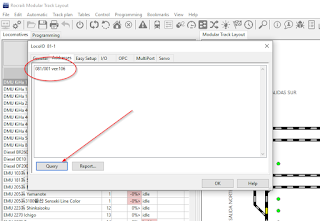 In the Easy Setup tab you can read the current configuration clicking the button Get All, and change any configuration and save it again to the board with the Set All button. The configuration you see in the following screen is the right one needed for the GCA77 and GCA93 driver boards as connected in the previous photos: 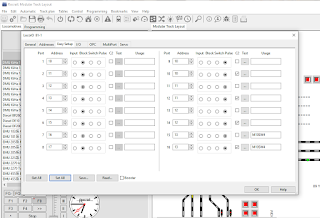 Using the test button of the last port, you can see the board responds illuminating the test led I connected: 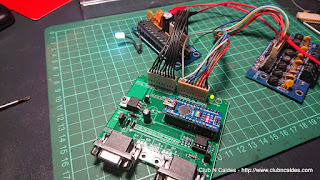 Thank Peter Giling for your work, and congratulations for another excellent board which allows all railroad modellers who believe in Open Source Communities and like DIY to implement standard and professional digital buses in their layouts. Same greetings for Rocrail people and MRRwA for the Loconet libraries for Arduino and everybody supporting these groups.

Like always, you can order this and any other board directly to Peter Giling sending and email. All information and prices are in the following link: