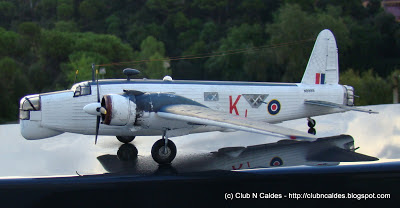 It's been a nice practice of painting techniques that I plan to use with my recently acquired Star Wars models. But it's a pity most of the hard work will never be seen, because it's in the interior of the plane. I painted radio room, controls, wood panels, dry brushed metallic parts, applied pigments to the floor, .... even the chemical toilet was documented and painted in the right color!!! I found few original photos in internet and a 4+ publication called "Vickers-Amstrongs Wellington Medium Bomber variants" with a lot of information and photos: 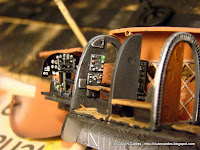 I used black Citadel primmer for the interiors and white Tamiya primmer for the external parts. White Insignia was Tamiya Bright White, and camo from Vallejo Model Air colors, all airbrushed. The only difficult part on this is the correct masking of windows. Tamiya tape works perfect, but I did some mistakes because I didn't stick firmly all the edges of the tape and paint sliced a bit under some parts of it. 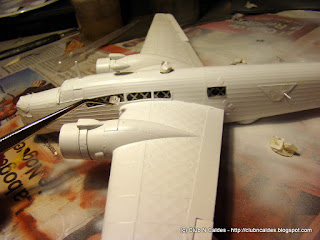 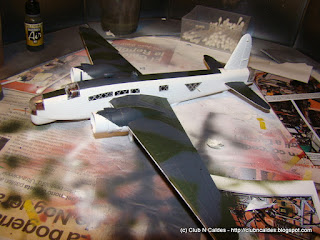 After the basic color painting, gloss varnish was applied to have a "restore point" if something goes wrong with the weathering. Than weathering consisted in the appliance of washes to accent the panel lines and details. First in black for colored parts and blue-gray for white parts, and some brown general wash to give a dirty look to the wings. I hadn't oil colors for washes and tried water oils (Van Gogh water colors . It's and acrylic paint, in oil form, but water soluble. It gives the benefits of acrylic paint (toxicity, smell, easy to clean, ...) and the benefits of oils (long time to dry, allows to work with effects, correct, diffuse and shade off, ..), but with a surprising effect I will use for many other plastic kits for sure: It's very transparent when diluted just in water. It's easy to use it for filters and control the grade of transparency. If it is already applied, doesn't matter if it is dry, you can thinner it just adding water with a brush and get very good effects. 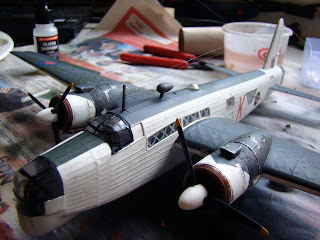 Around the engine and exhausts I applied black pigments, and light gray pigments to the wheels. Finally the chipping, mat varnish applied with airbrush, and gloss varnish to the windows and chippings with brush.

This model is 1:72 scale, so it's too small for realistic effects, and usually nobody puts the radio cable because there's nothing to use thin enough. But I found the right thing to use as the radio cable (you can see it in the photo above going from the rear vertical stabilizer wing to the front): a hair of my girlfriend!!!!! Thanks she didn't cut it short!!!! xDDD 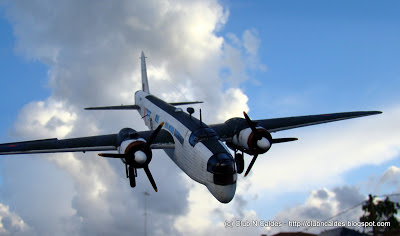 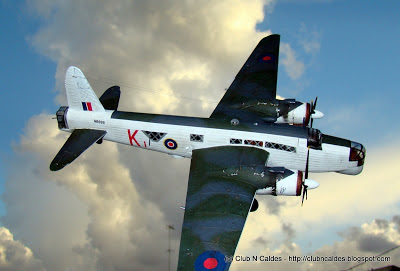