Owned by JR East and based at Tabata Depot in Tokyo, this locomotive was built in 1953 by Hitachi specially for use as the official Imperial Train locomotive, a role it performs to the present day. While other locos had chrome-plated “whiskers” on the cab ends, this loco was built with stainless steel whiskers extending as a thin band along the body sides. The loco remains in its original brown livery, and is maintained in immaculate condition. In 1988, EF58 61 was used for Orient Express, and that's one of the reasons I decided to buy it. It is a versatile locomotive and I can combine it with different compositions I have, like Yutori Joyful train, Orient Express, or Imperial Train.


And that's the model from Kato, reference number 3038, very beautiful and well detailed: 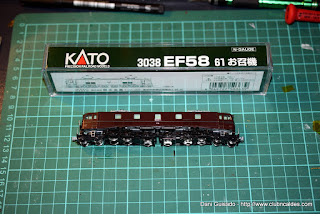 When you open it you can see there is a board that can be directly replaced by Digitrax drop-in decoder DN163KOa, but at least in Spàin this is an expensive and hard to find decoder, so I will use a D&H DH05. 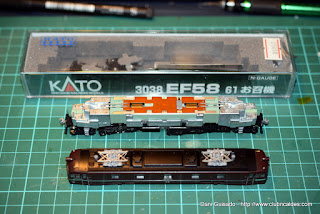 This D&H decoder is small enough to fit in the space that already exists under the roof of the carriage: 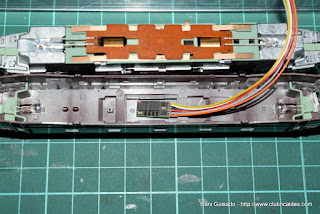 First thing to do is to isolate the motor current shafts. Check where motor shaft is in contact with the cooper current pick up strip and isolate the strip in the contact zone with the motor using Kapton tape. Once isolated, you can place the board again and clip again the small plastic piece holding the motor shafts: 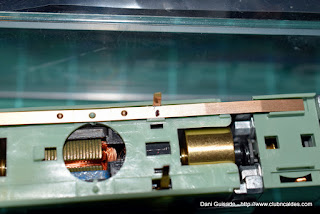 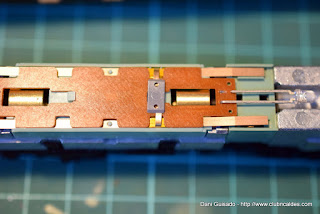 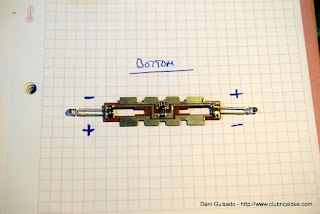 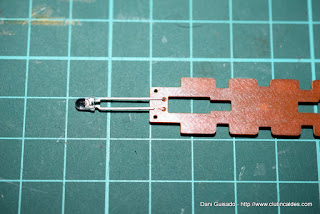 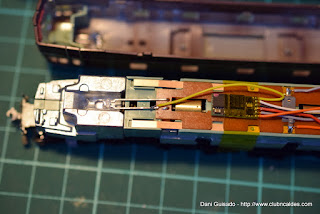 Finally, solder the motor wires (gray and orange) to the already isolated motor shafts, and current pick up wires (red and black) to the cooper strips. 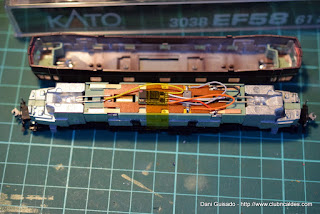 Fix decoder with Kapton tape so when you close the shell it fits inside the space under it. 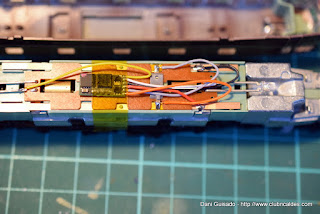 But before closing it, always check everything is ok to avoid burning the decoder. First with the multimeter to make sure motor is completely isolated from the rail current. Then, put it on rails to see everything works as expected: 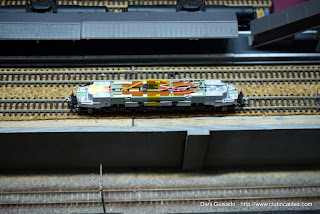 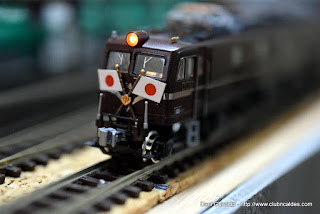 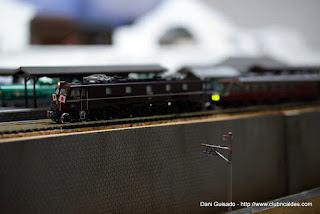