Another version of the EF200 by Kato, same digital conversion as any other modern electric locomotive from Kato having the light board with smd led. In this post I'll focus just in the light board modification, as the rest is like explained in the previous post about another model of the EF200 (http://www.clubncaldes.com/2018/10/kato-ef200-3018-digitalization.html) 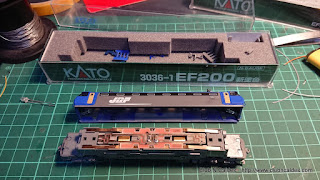 Any small decoder can be installed under the roof, make sure to trim the decoder wires to the exact length so the decoder will be in the right position: 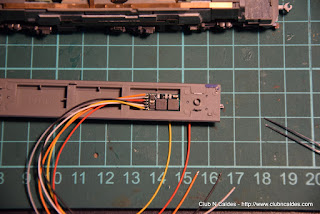 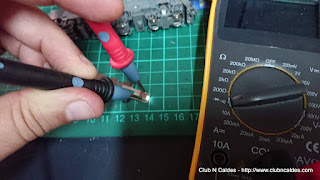 The negative terminal of leds must be isolated to connect there the function wires of the decoder (white and yellow), and the positive terminals bust be rerouted to the wheel current after the resistor. For that, I did 3 cuts in the cooper tracks (see the red arrows in the photo below) and bridged two tracks (see the yellow square): 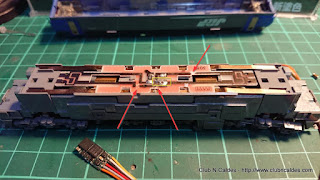 Finally, the decoder soldered in place: 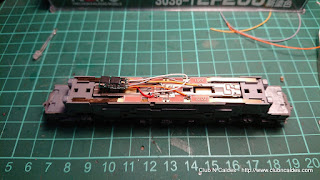 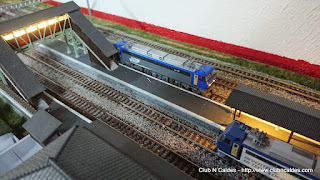