Another of my passions, apart from model railroading, is mounting and painting plastic kits. I especially like those old Star Wars plastic kits that were sold as merchandising at the same time that movies were released. I collect all MPC and AMT/ERTL kits sold during the eighties and nineties and when I feel I need a rest from trains, I use to take one of the pending boxes I have and I build the model.

I was in total lack of inspiration to decorate an end loop for my modular layout after I did the "Rice fields" and "Mine" modules, so I decided to make a break and mount the following kit about the Battle of Hoth: 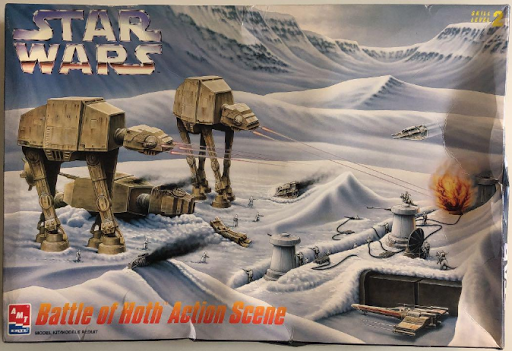 When I opened the box I realized all figures were really small, they could match with our N scale train models. Searched in internet, and this is a 1:156 scale kit. So... why not to mount this diorama in my loop?

These are all the pieces in this kit, very easy to assemble as most of them are complete and you only need to cut them from the blister: 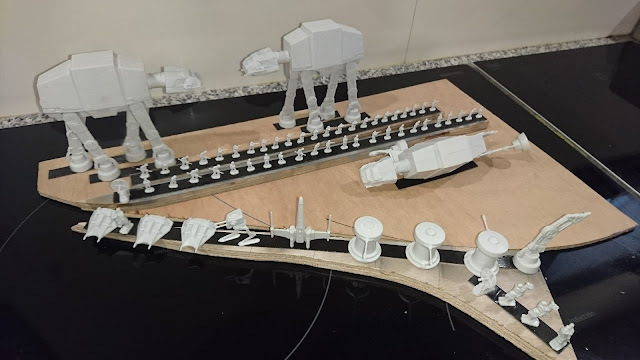 The most time consuming task was to paint each figure: 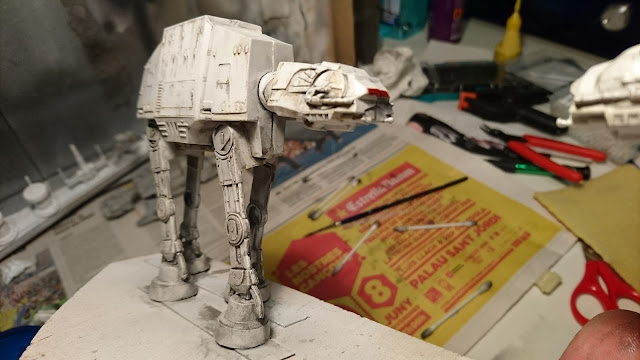 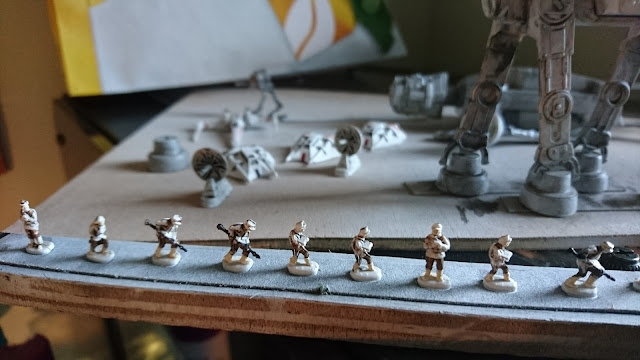 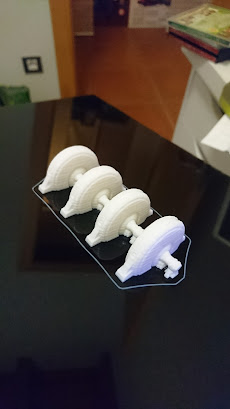 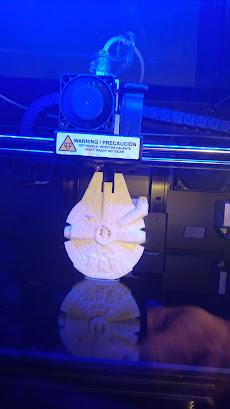 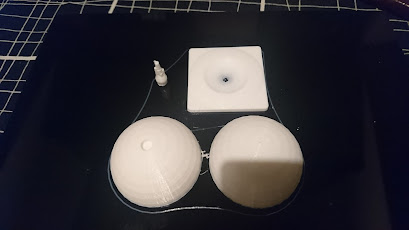 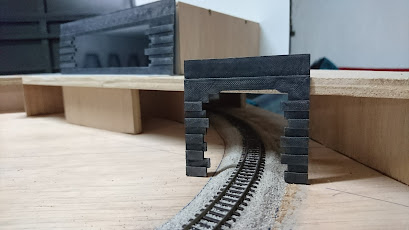 Then I started building the "Echo base" as a kind of box, including illumination, RGB leds which allow me to make some nice special effects, and the Millenium Falcon, X-Wing and a couple of Snow Speeders: 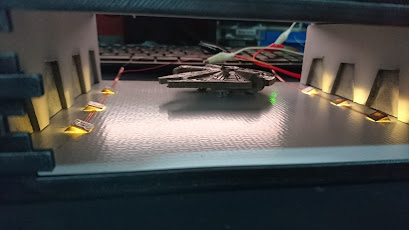 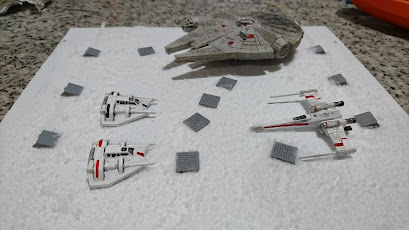 And started planning the disposition of all elements: 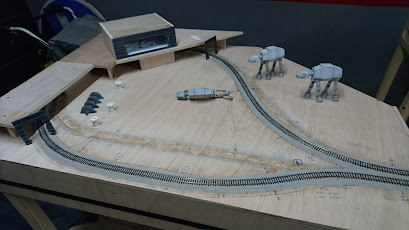 Mountains reliefs were created using cardboard strips and hot glue, and all covered with plaster cloth. To make the rock walls you can put plaster and, while it is still soft, press with a crumpled aluminum fold: 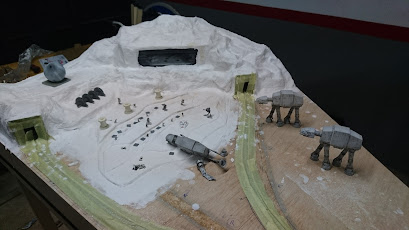 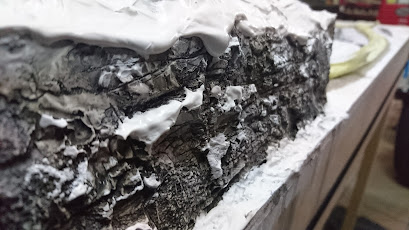 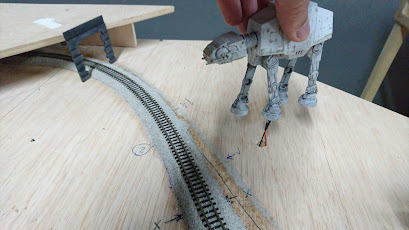 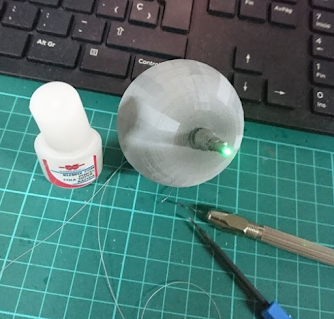 I also tried for the first time to simulate explosions, fire and smoke following this guide: https://spikeybits.com/2014/10/hobby-how-to-make-explosions-smoke.html

Basically you need filling/stuffing material, normally used for stuffing for soft toys. Craft shops have this, but I bought a pillow in a poundshop which was filled of this material. To shape these fibers I made first a structure with chicken-wire. After painting it with black, yellow, orange and red paint insert a tea candle light. These tea candles are available in ebay and aliexpress and they are very cheap. The final result surprised me: 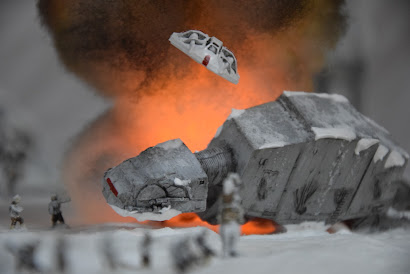 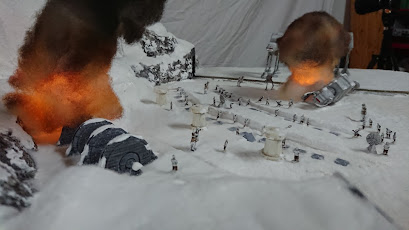 With everything in place, I covered the whole layout with Woodland Scenics Flex Paste together with Soft Flake Snow. You can check this video demonstrating the application of these products:

I installed an Arduino UNO and connected all lights plus a sound shield to it, and programmed everything to reproduce short scenes of the Battle of Hoth when a train passes or you move closer your hand to the front of the module like "using the force". Sorry because this video was recorded when the module was not finished yet:
Here you have some photos of the finished module: 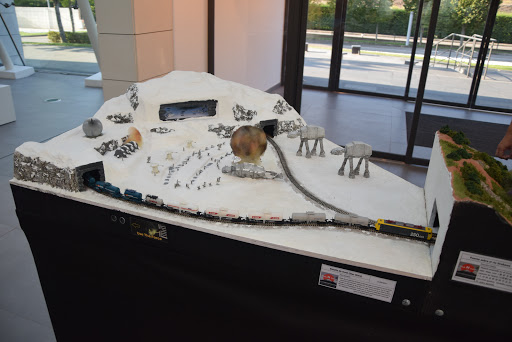 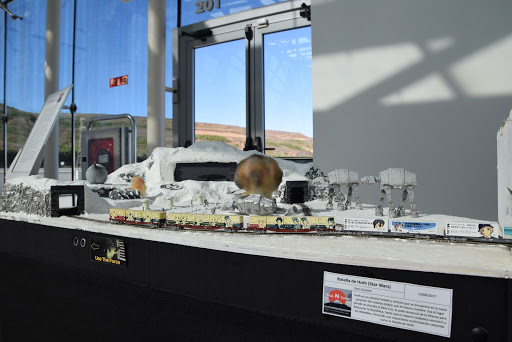 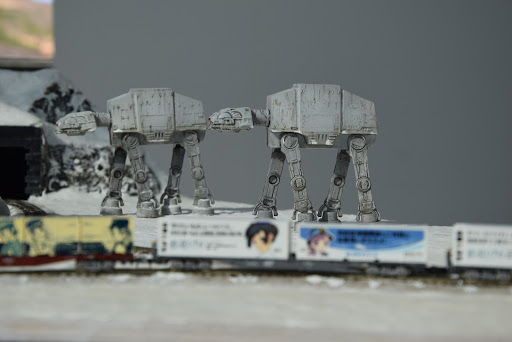 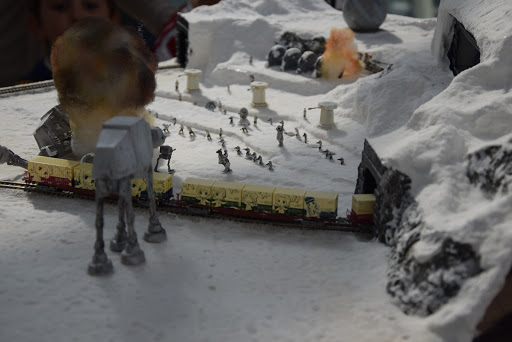 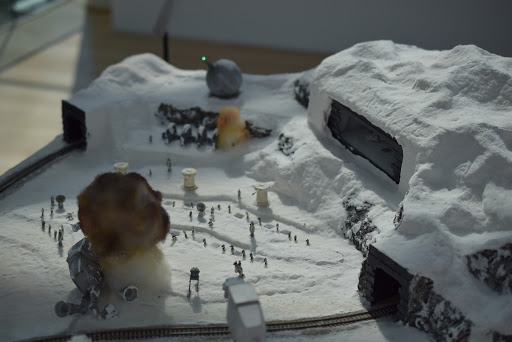